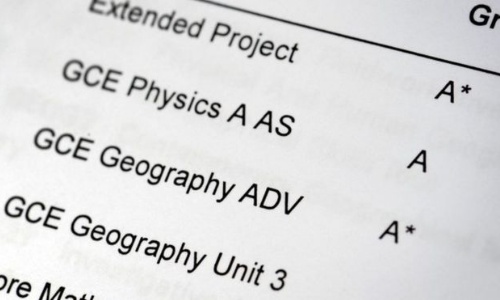 ​Due to COVID-19 the young adults that were set to sit their GCSE and A-Level exams in 2020 were told earlier this year that sitting the exams would not be possible and instead their results would be based on teacher assessments, predicted grades and mock exam results.

It was a decision that wouldn’t have been taken lightly, but nonetheless one that left many young adults wondering about their future and how accurate their grades would be. Many questioned if they would still be able to go on to their next planned steps such as college or university.

When A-Level students collected their results on 13th August, many were confused by the grades they had been awarded and learned that a mathematical model known as an algorithm had been used instead of teachers’ assessments as planned.

This resulted in around 40% of A-Level results being downgraded by exam regulator Ofqual and left many students falling short of the grades they needed to get into their chosen university course.

However, within a few days Education Secretary, Gavin Williamson and the government reversed their decision and announced that GCSE grades would be based on teachers’ assessments and that A-Level grades would be reviewed and based upon teacher’s assessment rather than the algorithm, meaning thousands of students may now have the grades they need to go on to university.

Following the government U-turn, many universities reported that places had been filled and they weren’t sure how they would accommodate students that had been graded incorrectly but would work to ensure they could offer placements to as many as possible.

Students that were unable to get a place at university through not getting the required grades or there no longer being a placement available for them could consider an apprenticeship as an alternative to university.

Young adults that undertake an apprenticeship not only benefit from further education and training but also learn invaluable hands-on work experience - making them attractive to employers once their apprenticeship is complete.

With hundreds of apprenticeships to choose from in a wide range of industries, there is something for everyone and they give young adults the chance to experience their chosen industry first hand. Apprenticeships offer a great balance of work experience and studying that gives students a varied learning experience.

Apprenticeships shouldn’t be seen as a lower form of education to the University pathway. The vast majority go to University as they think it’s the better route into a career but in fact it’s not the best route for them and they have a very sobering shock after graduation and they struggle to find work – trust me, I went through this.

The old question of what would you tell your 18 year old self if you could go back? Mine would be don’t go to uni, go get an apprenticeship (probably something IT & Digital – Cyber seems cool) and start building a career for yourself from earlier on.

For so many young adults facing these choices right now, an Apprenticeship would be the best option for them but they don’t even know it because of the stigma and lack of real knowledge around the current apprenticeship system.

If we can get enough of these young people into the apprenticeship system, with good employers, perhaps we can start seeing the stigma improve.